Nichiren Shonin was born on February 16, 1222 in the fishing village of Kominato in the province of Awa (present day Chiba Prefecture), Japan. He was given the name Zen-nichi-maro. According to legend, on the day of his birth, white lotus flowers bloomed out of season in the icy waters of the bay.

Nichiren began his studies of Buddhism at a nearby temple, Seichoji, at age 11. Upon entering the temple, he prayed to become the wisest person in Japan so that he could discover the true intention of the Buddha’s teachings. He wanted to know why the people of Japan were suffering and undergoing terrible deaths and he wanted to know which sect upheld the true teaching of the Buddha.

At the age of 15 Nichiren was ordained as a priest and given the name Zesho-bo Rencho. He left Seichoji about a year later to further pursue his studies in Kamakura, the capital of the shogunate. He continued his studies there until the age of twenty.

Unable to find the answers he was seeking in Kamakura, Nichiren left the city and traveled extensively in Japan visiting all the great temples of his time in order to further his training. His studies convinced him that the Lotus Sutra was the preeminent teaching of the Buddha. At the age of 31, Nichiren returned to Seichoji. 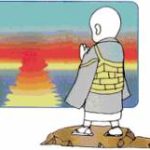 On April 28, 1253, Nichiren faced the rising sun and chanted Namu Myoho Renge Kyo, initiating his mission to spread the teachings of the Lotus Sutra. He also gave himself the name Nichiren, meaning “Sun Lotus.” Later he gave a sermon to his fellow monks about what he had learned. His sermon, which criticized Pure Land Buddhism, shocked his audience. The local steward considered the sermon blasphemous and sought to arrest Nichiren.

Nichiren fled to Kamakura and established residence in a small hut there. In Kamakura, he spread the teachings of the Lotus Sutra by preaching on street corners. He soon became recognized as a great teacher and reformer, dedicated to relieving the suffering of the common people.

Nichiren’s efforts to promote reform were not only ignored, but they also aroused the resentment of the Buddhist establishment and members of the shogunate. On the night of August 27, 1260, an angry mob burned down Nichiren’s hut. According to legend, a white monkey warned Nichiren of the danger and led him to safety away from Kamakura.

When Nichiren returned to Kamakura, he was arrested by the shogunate. On May 12, 1261, he was exiled to the Izu Peninsula. With the help of the local people, he was able to survive until he was pardoned in 1263 and allowed to return to Kamakura.

In 1264 Nichiren returned to Awa to visit his seriously ill mother. As he was returning home, Nichiren was attacked by the forces of the local steward. Nichiren’s supporters came to his aid, and in the battle a number of people died. Nichiren received a severe blow to the head. According to legend, Nichiren’s life was saved when his juzu frightened his attacker’s horse.

Back in Kamakura, Nichiren continued his efforts to institute reforms. On September 12, 1271, he was arrested and taken to be executed. According to legend, he was saved from death when the executioner was frightened by a mysterious ball of light which flew through the sky. Instead of being executed, he was exiled to Sado Island, a remote island in the Japan Sea.

Nichiren’s enemies hoped that the harsh conditions on Sado Island would kill him, but with the help of the local people, many of whom became followers, he survived. During his exile there, he continued his work. In 1273, he inscribed the first Mandala Gohonzon. In March 1274 he was pardoned and returned to Kamakura.

Once again Nichiren tried to get the shogunate to institute reforms and once again he failed. In May of 1274 he left Kamakura and set up a hermitage on Mt. Minobu in what is today Yamanashi Prefecture. There he concentrated on training disciples and writing.

In September of 1282, Nichiren left Mt. Minobu due to failing health. On his way to a medicinal hot spring, he was forced to stop at the home of a follower in what is now Ikegami in the southern part of Tokyo. On October 13, 1282, Nichiren died there at the age of 60 surrounded by his disciples and lay followers. 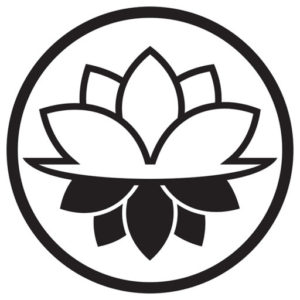